You are here: Home>Themes>Wartime>"When stuff was on rations…"

"When stuff was on rations…" Highvolume Play Pause Stop 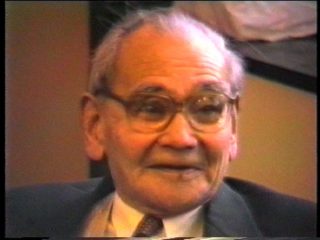 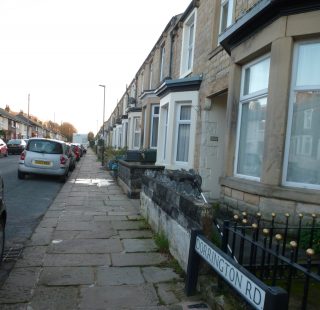 Dorrington Road, in the ward of Scotforth, Lancaster in November 2019. At the back of these houses is the main west coast railway line, on the other side of which was The Royal Albert.
Nigel Ingham 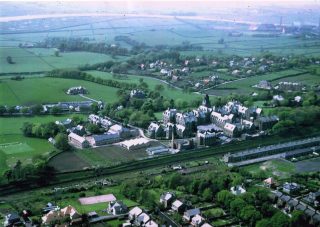 A view of the Royal Albert Hospital taken looking west. This was likely to be in the 1950s. Plenty of detail to appreciate. This includes a cricket match, the gardens and the terraced housing in the foreground is Dorrington Road, just across the rail tracks from the institution.
Frank Lord

Frank Cochrane, a former Royal Albert resident, recalled how himself and others found enterprising ways to make money during the Second World War.

The recording was made at Lancaster City Museum on March 25th 1988. Frank, along with other members of an adult education reminiscence group, had been invited to talk about Royal Albert photographs on display as part of an exhibition celebrating 40 years of the National Health Service. Memories shared not only provided information but also insights into the creativity of some of those living at the institution.

Frank Cochrane talks about various wartime activities involving enterprising actions by those living in the institution.

FRANK: Hey I’ll tell you something else. Do you know how he come to own his own business… During the war when stuff was on rations he had these keys and there were suits of all kinds kept in the stores, in the Draper’s Stores. Suits. Shoes. Everything you could mention. And he used to go out flogging stuff.

Dave: … So he kept all the money and opened his own business?

Sue: Nobody ever reported him Frank?

FRANK: One of staff threatened to one day.

Nigel: So who, who did he sell the stuff to Frank?

FRANK: People outside an’ all.

Nigel: Did they come to him?

Nigel: That must have been very risky Frank…?

FRANK: Oh aye it was. When … (?) Jack Smith next you see him Dave about that, that sack of sugar we pinched.

Dave: What did you do with that?

Dave: About nearly as big as you that, isn’t it?

FRANK: Aye. Yes… Went round all in Scotforth and Dorrington Road flogging it!

Nigel: How did you carry it? Did you have a trolley with you?

FRANK: We had a trolley. (Laughter)

Helen: And you just sold it by the cupful did you?

Dave: What did you disguise it as?

FRANK: We covered it up with things – boxes and things like that.

Dave: That was you and Jack was it?

Nigel: So how – Frank how did you get it out the hospital? You were talking before about there being guards all over the place… (We sit down)… and locked gates.

Nigel: … How did you get a trolley out of the hospital grounds?

Helen: … Did you leave the trolley outside then after you’d finished?

FRANK: Yes… We’d take it back to stores…

Nigel: Did any staff help you when you were doing this?… When you were taking the trolley and lifting the gate off.

FRANK: Aye, used to so that they wouldn’t say anything. Give ‘em a joint of meat or summat like that, (laughter) so that they shut up!

Dave: It sounds to me Frank as though you were better off than the staff were.

FRANK: Oh we made some money. I only wish I had all that money now! I do.