You are here: Home>Themes>Training>1927 Nursing Exam 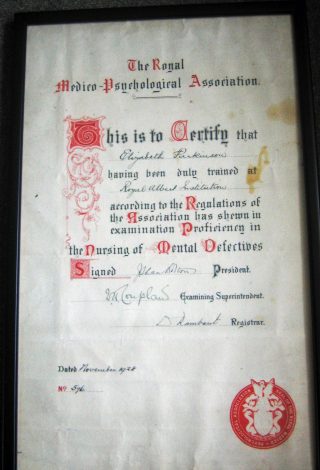 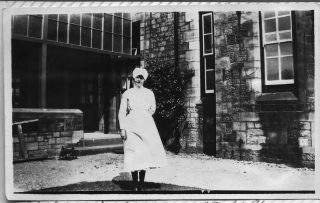 Here is a copy of the November 1927 Final Nursing Examination for Candidates in Mental Deficiency Work. (Courtesy of Duncan Mitchell)

As an 18 year old, Elizabeth Parkinson started as nurse at the Royal Albert Institution (later Hospital) in 1925. In November 1928 she passed a similar exam to gain her nursing certificate – a photograph of which is featured here.

The Royal Medico-Psychological Association (RPMA) oversaw what, in more modern terms, we would call learning disability nurse training until 1951. After this time the General Nursing Council of England and Wales assumed sole responsibility.

The RPMA was set up in 1841 as the Association of Medical Officers of Asylums and Hospitals for the Insane. It changed its name in 1865 to the Medico Psychological Association, receiving ‘Royal’ status in 1926. Then in 1971 the RPMA was renamed the Royal College of Psychiatrists.

In 1921 the Medico-Psychological Association (as it was then known) introduced a certificate for Mental Deficiency Nursing. This was separate from its more general Certificate of Proficiency in Mental Nursing which the organisation had introduced in 1890.