You are here: Home>Keywords>Royal Albert>"He wouldn't go in the bathroom"

"He wouldn't go in the bathroom" Highvolume Play Pause Stop 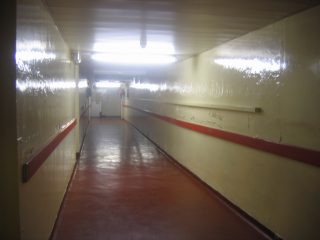 The basement at the former Royal Albert, as it was in 2006. In the 1930s the bathroom would have been in one of the rooms off this corridor.
Nigel Ingham 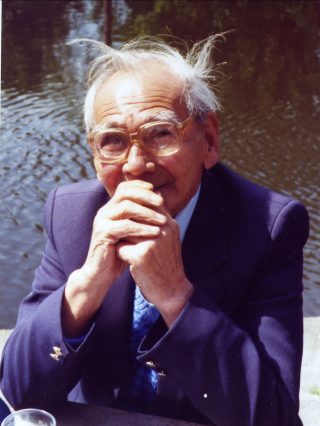 Frank Cochrane in 1989, sitting by the Lancaster Canal.
Nigel Ingham 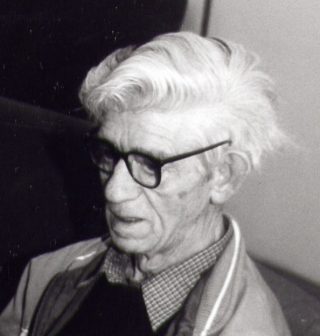 Harry Oldham in the late 1980s.
Courtesy of Nigel Ingham

This is an extract from a reminiscence session at the College of Adult Education, Lancaster on October 16th 1987.

Two former residents of the Royal Albert Hospital recall one of their fellow residents being assaulted by a member of staff because he refused to take a bath. These memories of Frank Cochrane and Harry Oldham may well relate to the 1920s or 30s.

Frank and the individual he’s talking about were on a ward for older boys and younger men.

Frank: ‘cause he (another resident) wouldn’t go in bathroom and have a bath. And then there was three – there was always three staff in the bathroom when you went down… he wouldn’t go in one day so he picks him up and gives him a punch in jaw and throws him in bathroom.

AN: That was the staff?

Frank: Staff. Yes. Anyhow the same day his dad was coming to see him and ‘course he had his jaw broken and that. And his dad asked him who’d done it and he told him. Anyhow his dad, his dad went to office like, Medical’s office and wrote a report out – how it was done and who was there and who was the staff there. And the case was on for about six or seven weeks mmm.

SC: And what happened to the member of staff.

Frank: Er they got, they got sack. There was one sacked first. And then they had a committee a few weeks after. The week after that there was two more had to finish.

NI: Frank, when, when was this?

Frank: Oh it’d be, it be about twenty, oh it’d be more about thirty years won’t it?

Frank: Easy. He was only a little lad about that big.

SC: So this was when you were all quite young…

Frank: When we was quite young, yes.