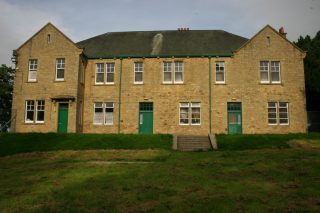 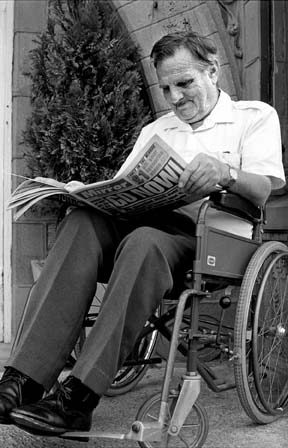 Stanley Byers outside his home in Morecambe.
Copyright - Helen Burrows

Opened in the early 1930s, Barlow Home was the first taste of the Royal Albert Hospital for many little boys. They would leave this ward aged around 16 years old, many of whom then stayed in the hospital for most of the remaining years of their lives.

This song was sung by a group of residents in the late 1950s when they were camping.

The singer is Stanley Byers, who lived for many years in the Royal Albert  Hospital before moving out to Morecambe.

We will find it very nice.

If it wasn’t for the nurses,

We would live in paradise.

Put the nurses on the top.

Put the charge hands in the middle

And we’ll burn the bloomin’ lot.