You are here: Home>Themes>Relationships>"They put me in this padded cell"

"They put me in this padded cell" Highvolume Play Pause Stop 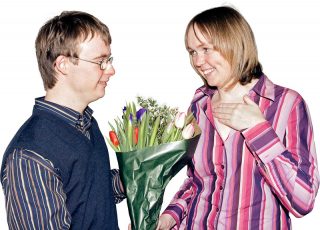 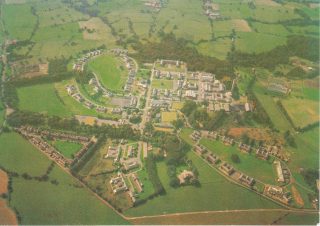 Brockhall - aerial view. The male wards are the bottom loop, with Johnswood probably the last 'E' block on the bottom left.
Courtesy of Brenda Kay

In the 1970s SMG as young man was a resident in Brockhall Hospital and had a girlfriend. Having a boyfriend or a girlfriend was not easy in the long-stay institutions. Here he tells the story of what happened to him.

“They were two wards for bad people, patients. The women’s one was called Karen’s Ward, and the other one were Johnswood. So they were like for bad ones, who got into trouble or ‘owt. Plus they had padded cells in there… Well Johnswood. I don’t know about Karen’s Ward, they probably would have.

“… They put me in this padded cell, because I were going out with this girl, and she were called ‘Susan’. So I give her a note and she must have given it to her friend. And then next thing I got caught waiting for her near the ward, Denewood, on corner. I were waiting there for her to see if she were coming…

“She were in Hyacinth, Hyacinth Ward, girls’ ward. And the staff, two staff actually they got hold of me each arm, and told me to cross the field, well the grass. Went into Johnswood. I didn’t say anything because I didn’t know what to say. I were stunned.

“… I got caught and put in padded cell. Padded room. So you went in, they were nothing in, there were just like a bed. And you’d to wear pyjamas. And that were it. Nothing else…

“I were told that because you’re in the padded cell you were courting this girl and were doing things you shouldn’t be doing like kissing her and all that, hugging her – and that were it. So next thing, I were on there about 3 days, and then this other staff comes in and he said, What are you doing on here? I said, I got marched in to ward, put into padded cell. He said, You shouldn’t be on here. So they took me off and put me on Maplewood. So that what happens.”