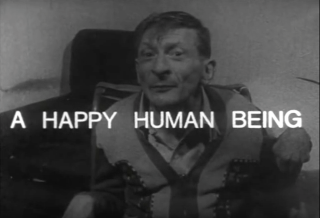 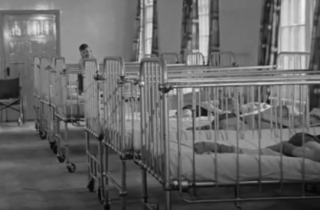 A shot of children's cots at Brockhall from the film, 'A Happy Human Being'.

Bill Howe lived at Brockhall for many years. He had cerebral palsy and in the 1960s wrote and published his life story called ‘Crossed Wires’.

In 1968 a film called ‘A Happy Human Being’ was made, based on his life story. You can see the film at:

The film is just under 15 minutes long, and includes shots of Bill and of Brockhall during the late 1960s.