You are here: Home>Themes>Family>Wilhelmina and her family in the 1920s.>“I wish you would forward me a pass to come and see her” 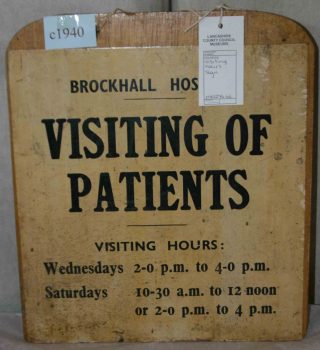 This visiting sign is likely to be from after 1948 when the NHS took over the running of Brockhall - and it became officially known as a 'hospital' rather than an 'institution'.
Lancashire County Council Museums Service 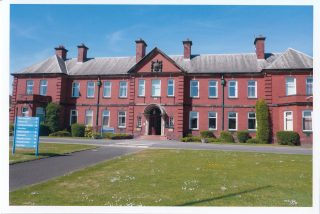 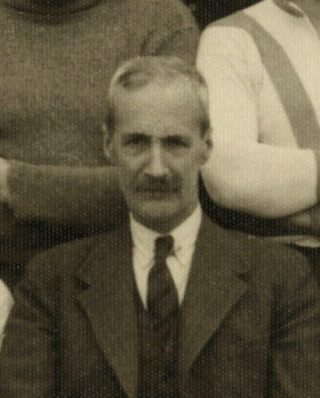 Dr Frank Gill. Photograph taken in 1934. He was Medical Superintendent (or equivalent) of Brockhall (1904-1921), then jointly that institution and Calderstones (1921-1933), with sole responsibility for Calderstones between 1933 and 1937.
Courtesy of Mersey Care NHS Trust

Wilhelmina D was admitted to Brockhall in March 1921, and in December 1921 she appears to have been transferred to Calderstones. This had only been opened that year as a learning disability institution.

Calderstones had been designed as an asylum for people with mental illness. However, that never happened as it became a war hospital during World War One – converting to an institution for people with learning disabilities in 1921. (For more information on the history of Calderstones please click here.)

Wilhelmina D’s case file in Lancashire Archives reveals correspondence between her family and the authorities during the autumn of 1921 and early 1922:

In September 1921 there is a letter from Wilhelmina’s family to Brockhall, asking about her wellbeing and requesting to come and visit.

On January 21st 1922, the Medical Superintendent wrote a letter directly to Wilhelmina’s father.

Then from February of that year Wilhelmina’s mother and father petitioned for her return to their family home in Charlton-cum-Hardy, Manchester. To find out about this please go to ‘I as her mother want her home’.