You are here: Home>Themes>Entertainment>“He got me on the stage!”

“He got me on the stage!” Highvolume Play Pause Stop 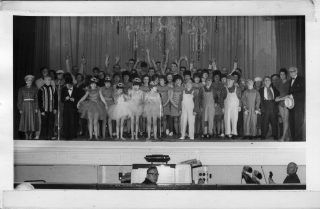 A show at Calderstones probably in the 1960s.
David Fitzpatrick 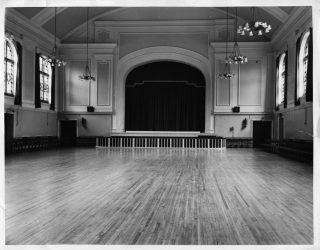 The dance hall and stage at Calderstones probably in the 1960s.
David Fitzpatrick 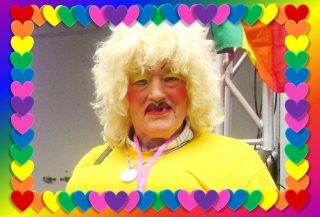 Here John and Alan share memories of being in the shows at Calderstones.

Alan: He got me on the stage!

What do you remember about going on the show Alan?

Alan: I think so John…

John: I remember in the hall.

Alan: Where the big kitchen is.

John: Yeah the hall next to the kitchen.

John: Then me and you went on the stage. And I was dressed up as a woman. Right. What were you when you dressed up?

John: I do something like singing on the microphone. Singing on a microphone. I had a good voice then. (Laughing in background)

What you laughing at?!… Yeah me and Alan went on the show, do a Christmas show. Me and you singing something else…

Alan:… The girls first then the lads after at the back.

John: Yeah. I was dressed up as a woman… And Alan and I had a good laugh as well. Did you?