You are here: Home>Themes>Death>Calderstones Cemetery 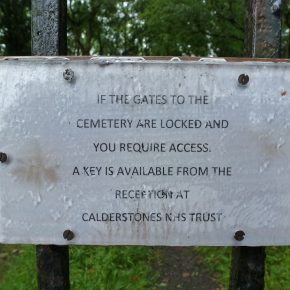 The sign still on the entrance on July 15th 2016.
Pathways Associates CIC 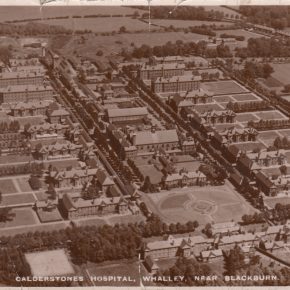 An aerial view of Calderstones (no date). The hospital cemetery is in the far top right corner of the photo - the field behind the white-ish building. You can see the avenue of trees which leads to the graveyard from Mitton Road.
Courtesy of Brenda Kay 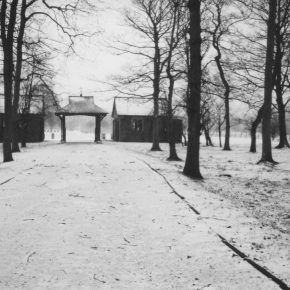 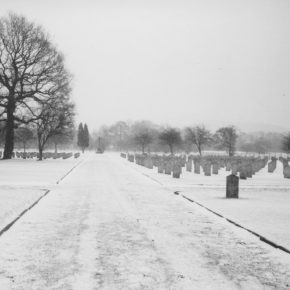 Calderstones Hospital Cemetery with headstones in the 1990s - looking from the entrance towards the War Graves Cemetery.
Dennis Buckley 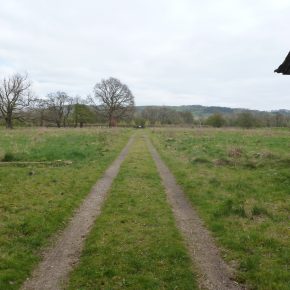 The view of the former Calderstones Hospital cemetery from the entrance in 2017. In the distance at the end of the drive is the War Graves site. (April 7th 2017)
Pathways Associates CIC 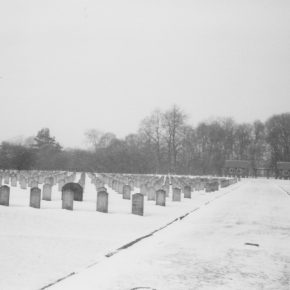 Calderstones Hospital Cemetery with headstones c. 1970s - looking back from the War Graves towards the entrance.
Dennis Buckley 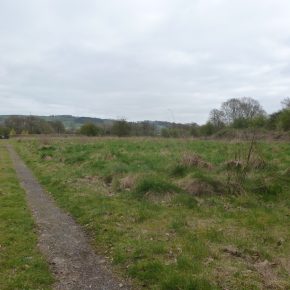 The view of the cemetery looking towards the War Graves site. (April 7th 2017)
Pathways Associates CIC 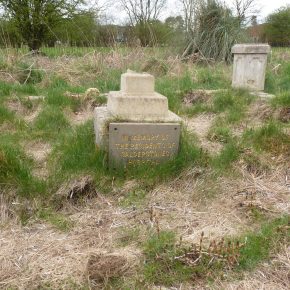 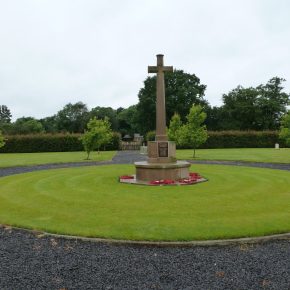 Commonwealth Graves War Memorial, as it looked in July 2016). This is part of a Calderstones war graves cemetery, which has the bodies of some of the service personnel who died while the institution was a military hospital during the world wars. It is, quite rightly, well-looked after but its recent story is in stark and shocking contrast to the neighbouring institutional cemetery.
Pathways Associates 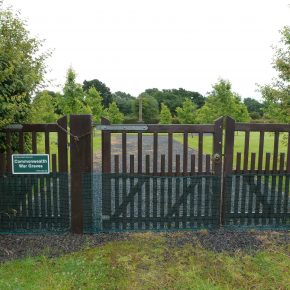 The gate to the War Graves Cemetery, from the hospital cemetery, at the top of the drive. (July 15th 2016)
Pathways Associates CIC 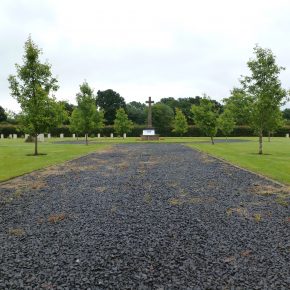 Around 1200 individuals who lived in Calderstones were buried in the cemetery.

When the long-stay institution was largely demolished around 2000, the graveyard was sold by the NHS to a private buyer. By the early summer of 2017, the site was in a state of disarray and neglect – reflecting a number changes in private ownership, an apparent lack of a committed planning strategy as well as acts of vandalism.

The woeful appearance of the hospital cemetery is thrown into sharp relief by being next to a war graves cemetery, which is looked after by the Commonwealth War Graves Commission. This cemetery is for military personnel who died at Calderstones when it was a military hospital during the two world wars. It is a well-looked after graveyard in pristine condition. To get to it, there is a drive which takes you through what appears to be an overgrown field, but is in fact the former hospital cemetery. The contrast between the two graveyards could hardly be more marked.

As reported in the local press, between 2000 and 2015 local Whalley residents (especially Mel Diack and the late George Hardman) as well as families whose relatives are buried there raised concerns about the state of cemetery. In late 2015 a Friends of Calderstones Cemetery Group was started to ensure that the bodies of those buried there – whether they remained or had to removed – were afforded the dignity they deserved. All this activity took place against the backdrop of plans being passed for a crematorium being built on site.

However, it was only in late 2017 that there were very active moves by private owners to go ahead and build a crematorium, with car park and landscaping on the site. It now became ever more pressing and urgent to ensure that any work carried respected the memories of individuals buried in the graveyard.

To find out how the story of Calderstones Cemetery unfolded from late 2017, please go to