You are here: Home>Themes>Arrival>“It didn’t seem like it’d be a terrible job.”

“It didn’t seem like it’d be a terrible job.” Highvolume Play Pause Stop 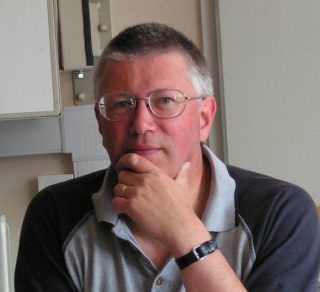 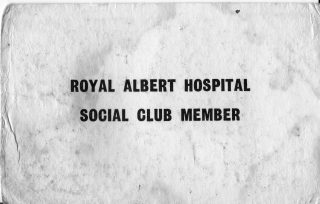 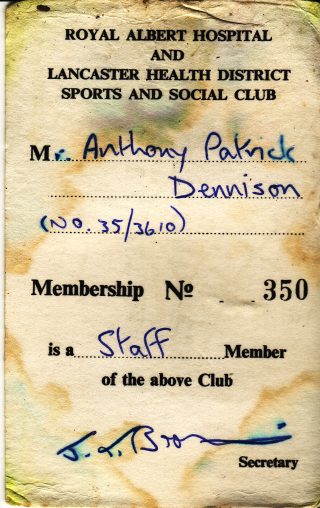 In 1973 Tony Dennison started at the Royal Albert as a Cadet Nurse.

Based upon an oral history interview with Tony on September 20th 2005, this is an account of his memories of applying for that post.

Aged 17, he had been advised by the headteacher to leave the lower sixth of Ripley High School in Lancaster. (Ripley, by the way, is within half a mile of what was the Royal Albert.)

At the start of secondary school life he recalled that he:

“did quite well. Then something happened. It’s probably all due to puberty basically! I got interested in women, drink and towards the end I fouled up basically. I failed. I was expected to take my ‘O’ levels, go on and do ‘A’ levels and I just lost interest. Started not going to school, failed my ‘O’ Levels, stayed on into the lower sixth to start studying ‘A’ Levels and resit the ‘O’ Levels but failed them all again. And basically advised to leave! So, so I did!”

Tony suggested that he was fairly relaxed at this point about what to do next:

“I had no idea what I wanted to do. It didn’t concern me. I was quite enjoying life! Didn’t know what was coming next. It sounds awful looking back on it. I would be appalled if my children were like that!’

However, a number of influences led him to see Royal Albert nursing as a possible career: enjoyment of biology at school; his mum had been a nurse (including a short time at Royal Albert); and his granddad, who worked on the railways, used to regularly meet Tony’s cousin and her fiancee/husband, both Royal Albert student nurses, at the hospital staff social club.

“I used to spend week-ends at my grandparents. And my grandfather used to tell me tales of things he’s heard in the social club, basically about what a good life it was being a nurse at the Royal Albert… So it didn’t seem that bad a thing really. It didn’t seem like it’d be a terrible job. And it seemed at that time it would be a very secure job. I went into it thinking. “Well that’ll be me for life then.”’

Tony left the Royal Albert after nearly 20 years nursing service in 1992. At the time of the oral history interview in 2006, he was Course Leader on the Learning Disability Branch in the School of Nursing and Midwifery at St. Martins College (now University of Cumbria) Lancaster.

(To hear about his memories of the Cadet Nurse interview please click “Yes, I love football!”)